Please be honest with me if the photos are getting to be too self-centric. I try to make them topical / random, but consider yourself forewarned what you're about to observe is the past 5 years worth of Naugaliscious Halloween conventions/costumes.
I share them as evidence of my theory that Halloween is really the most hit or miss of all of the holidays. Worse, I'd argue than New Year's Eve even, which people are always saying "lets them down."
I know of one person who is consistently a Hallowinner. He is pictured below as Little Miss Sunshine to my meager manifestation of MySpace. And he has also pulled off Janet Reno, a blue-haired plastic Troll, and a Wheaties Box in the past. He's tireless in his thoughtfulness as the holiday approaches, and he honestly hits it out of the park EVERY October.
However, I really think he's the rarity. Because for everyone else, it's win some, lose some. Cases in point:
2010 = WIN: Snooki as in "wanna smush mush?" 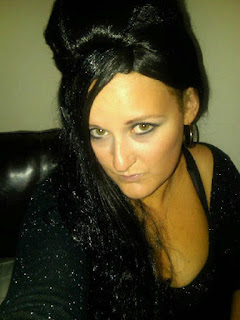 2009 = LOSE: some miserable sort of goth chick aka I was at war with the bugs 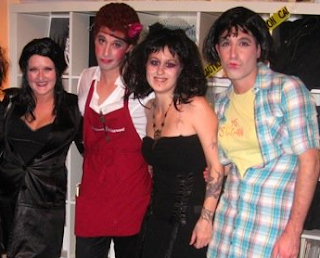 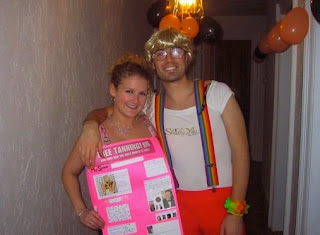 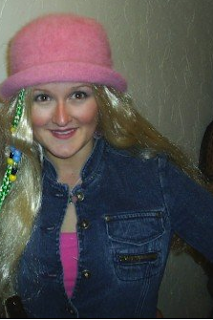 And there you have it. Q.E.D. And moreover, my reasoning for sitting this year's festivities out. I hate losing.
Posted by Naugs at 3:31 PM