Shiny, sparkly things or How I Met My Credit Score

Unlike many friends of mine in high school, I didn't get to carry one of these puppies around on our mall trips: 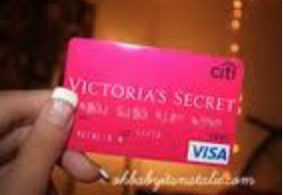 Some mom's had one of these, a Macy's and Bloomie's card to loan to their little girls, but circa 1998 - 2002, my folks were busy paying off credit card debt my mom had racked up dressing the five of us kiddos in matching holiday garb for a decade and a half, so there was no plastic to spare.

Perhaps that is why Capital One convinced me I needed to opt for the pink sparkly design option on my first credit card.  I think I got one or two thousand dollars right out of the gate.  Like the credit gods knew I would be willing to play ball.

And oh how I played.... played with balance transfers and played with paying just slightly more than the minimum each month, played with credit line increases and 0% APRs for the first six months. Played so well those first few years, I earned myself an American Express Gold Card at age 21.

Which was actually hugely helpful in getting me in the practice of paying a / the / my whole bill each month - if only there were a way to start every young credit spender on Amex....

But then.... the dreaded recession reared its ugly head and revoked some of the perks I'd come to rely on - with my Amex specifically, which had allowed me to sign & travel and pay those charges back over time, until it didn't and I was suddenly called upon to pay back the $3k I spent on ACK in 2009 immediately if not ASAP.

So....lo...  I had to do some drastic penny pinching and transferring and pleading and the result was a real bad credit score.  A real. bad. credit. score.

But then!!!  As luck would have it, my penchant for shiny sparkly things paid off... as the year I moved to California I needed a car to take me there, and there was a savior, an angel, a fairy godmother at a credit union in non other than Bedford, MA, who brought me back in to the big leagues wrapping this balance and that one into the car loan, paying cards off a full and raising my credit score by a whopping 225 points in the span of the year and a half I called the west coast home.

Would that I'd had this site as a reference back in the day: http://brokemillennial.com

Penned by my pal (/neighbor/roomie/sisterfriend)'s little cuz it breaks it down for today's 20somethings and teaches them how to plan for the ebbs and be proactive with the flows.
Posted by Naugs at 9:52 PM